Rad Rodgers Radical Edition will come to Nintendo Switch; free update on all other platforms

Rad Rodgers, a homage to classic ’90s-era platformers, is about to receive a massive, ass-kicking, bubblegum-chewing content update. Some hugely popular new Heroes are joining the action, including Lo Wang from Shadow Warrior, Cosmo from Cosmo’s Cosmic Adventure, and the one and only Duke Nukem from… Duke Nukem! And that’s just the start: the game’s also receiving a two-player co-op mode and a versus multiplayer mode.

Rad Rodgers Radical Edition will release on Nintendo Switch early 2019. Current owners of the game on PC, PlayStation 4 computer entertainment system and across the Xbox One family of devices including Xbox One X, will receive all the new Radical Edition.

• 2 Player Couch Co-op – Play together with a friend! Enemies can prepare themselves for tough battles.

• Battle Mode – Tired of team play? Fight against your friends and show them who’s boss!

• And tons of new secrets, collectibles and unlockables! 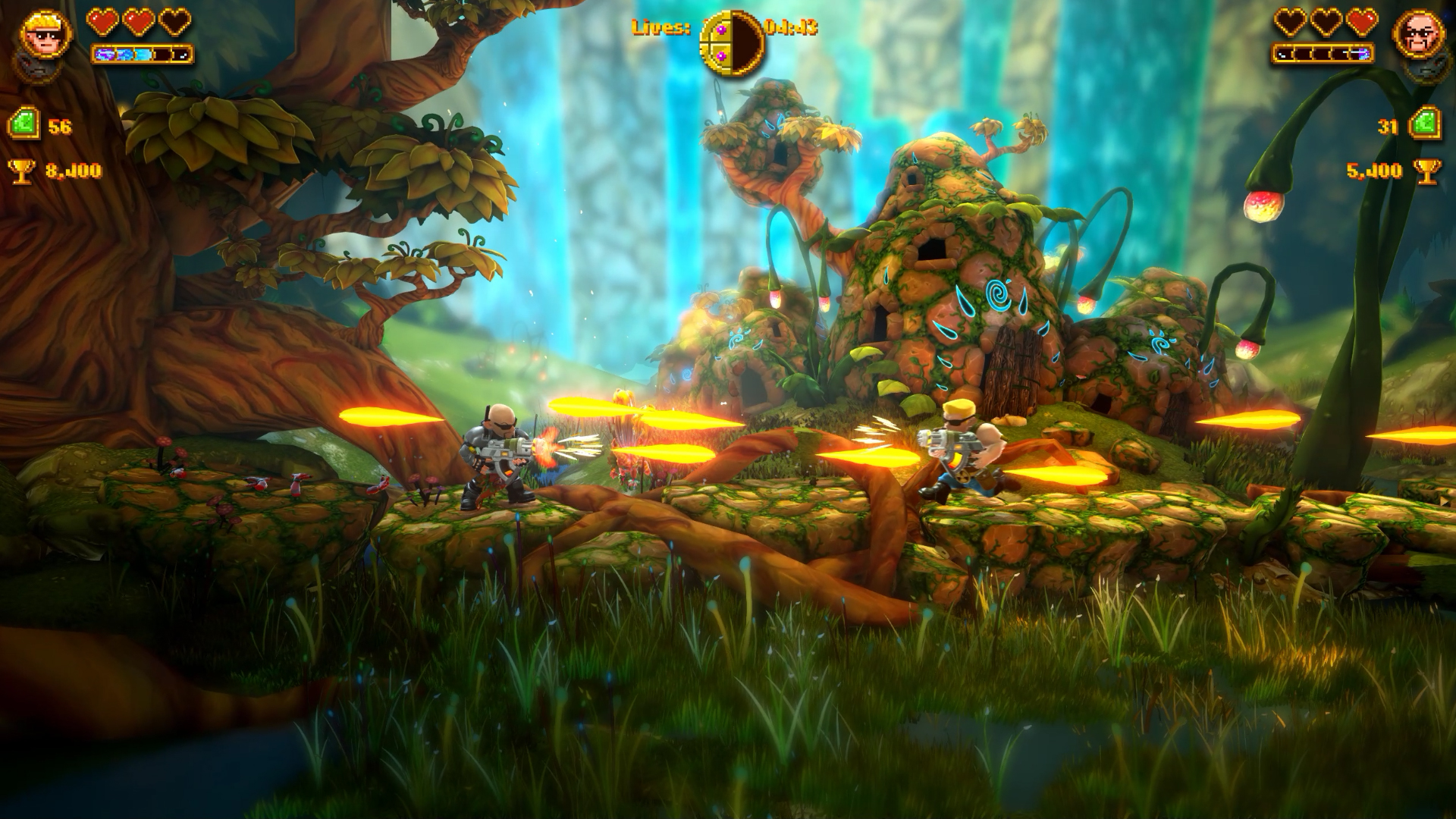 Rad Rodgers: Radical Edition will be published by HandyGames, family member of the THQ Nordic network. HandyGames acts as an independent publisher, focusing on small and mid-sized projects or 3rd-party indie games.